This October we took a 3 week trip to Bali Indonesia.

In between the surf sessions and exploring (my saltwater hair soaked hat seen here), we set aside plenty of time to work, and ended up meeting with a local solar company in Bali Indonesia to learn more about renewables in the archipelago.

I learned that more than 60 percent of the electricity produced in Indonesia comes from coal-fired plants, and that capacity is expected to nearly double by 2027 to meet rising demand, according to the government’s electricity procurement business plan.

Bali is experiencing a rapid tourism boom, with new hotels and restaurants opening up regularly. That demand will have to be met by building new power-generating capacity on the island, either through coal, gas, but not likely renewables.

The decision on whether to opt for more fossil fuel capacity or renewable energy was ultimately up to local governments to make, with energy security, the environment and the cost all factored in.

The plant’s recent expansion, has been met with local and global opposition due to it’s degrading environmental effects noted to have impacted local fisheries, agriculture, and tourism.

The stall lies therein, with the PT General Energy Bali, which is majority owned by China Huadian Engineering, (Singapore-based) Merryline International Pte. Ltd, and PT General Energy Indonesia, who have little incentive to let renewables foster and take away dependency from their coal assets, a common narrative seen throughout the world.

“There were problems with the project from the outset. Director of PT General Energy Bali, Tjandra Limanjaya, and his wife Irnawati Sutanto were imprisoned for fraud after falsifying a bank guarantee letter from state-owned Mandiri Bank to secure a loan from Morgan Stanley. Corruption in Indonesia’s coal sector is a known problem and in politics in general.”

If Bali’s renewable energy potential was fully exploited, it could generate as much as 115,372 gigawatt-hours per year of electricity, 98 percent of it from solar — far above its projected requirement of just 4,992.7 GWh per year by 2019 — according to a 2017 report by the Asian Development Bank (ADB).

Even if just 5 percent of that renewable potential was developed, the island could easily meet its projected energy requirements.

Yet instead, local governments in bed with the coal powered plant investors, have little incentive to diversify and relinquish control of the energy market, and continue to supply cheap electricity from coal at the expense of local communities and future generations.

Benoit Prim, owner of Inecosolar, a residential and commercial solar firm based in Canguu Bali, was kind enough to sit down with us for 30 minutes and let us pick his brain about the renewable energy market in southeast Asia.

We discuss everything from the energy market, local politics, and the tourism industry’s increasing shift toward sustainability to meet customer demands despite the government’s reluctance to catalyze renewables adoption.

This was my second time back in Bali since 2013 and it’s hard not to notice just how bad the plastic pollution situation is getting.

In July 2019 Bali has banned the use of single-use plastic items in a bid to cut down on ocean pollution.

The law prohibiting plastic bags, straws and Styrofoam has come into effect as of July 2, after a six-month transition period that ended last month.

The Indonesian government has ambitious goals for the policy, hoping to achieve a 70 percent decrease in Bali’s plastic marine waste within a year.

Is this a ploy for a green do-goodery imagery? Or the recognition of the massive cost imposed on it’s tourism economy, thus taking action? Likely both.

Although this was still widely prevalent, and not enforced, there has been a dramatic shift for businesses to cater to grow expectations from their customers, and run their businesses sustainably.

One can only wonder, if and when, the Indonesian government will heed the growing demand for sensible energy production for the sun rich country’s future economic and social welfare in the face of climate disruption, or continue to stall at the expense of future generations with the island’s energy monopoly.

We are a digital marketing firm specializing in building solar firms, designers, and installers their own high quality lead generation systems. We begin by providing firms a detailed blueprint of the exact strategies, tactics, and channels to build a sustainable, predictable pipeline of high quality leads of companies looking to integrate solar into their operations. Our team of expert inbound specialists craft your solar business a customized set of systems that generate high quality leads year around so you’ll never need to hire another marketing agency again. 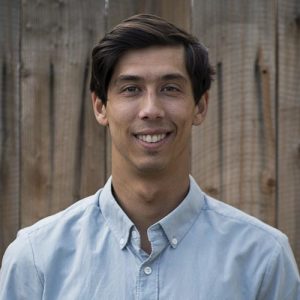 Founder Doug Swarts has been specializing in building lead generation systems for solar companies since 2014. Having worked with some of the top commercial solar providers in the country, Doug saw first hand where marketing budget and resources were best spent to generate high quality leads at the lowest cost.

As of 2018 just 2% of all electricity in the U.S. is generated through solar. Passionate about addressing the global threats to our world’s resources and ecosystems, Doug started Simple Tree in an effort to help energy firms who are actively working to disrupt current energy system that imposes massive negative externality costs borne onto globe, while instilling a proactive culture of environmental responsibility. Doug is also the co-founder of One With Nature, a community based media organized helping shape progressive legislation that addresses single use plastics.

The name Simple Tree, represents the simple digital tree of lead generation systems we build for solar firms to scale and disrupt the energy market.